Bringing in the Mob

Branding is in full swing lots of cows and their calves to muster and bring to the yards for a bit of work. Each calf gets a brand, ear tags, ear mark and the boys lose there testicles, I have not taken any photos of this as it is not a nice job. 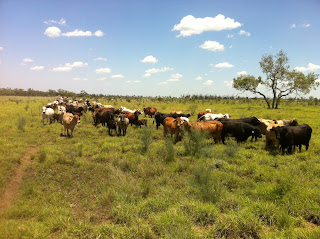 Bringing in the mob starts off with a very early start, three motorbikes, five dogs and 400 cows plus there calves. We ride around the paddock which is 5000 acres in size pushing the cows towards water which at times is easier said than done. Since most of the sheep have left our district the dingos have grown in numbers and are always putting pressure on our cows trying to get at there calf's so when we go to muster them with our work dogs they don't quite see the difference. We can have any where from 1- 10 cows at any one time  coming out of the mob to attack the dogs, it takes a pretty brave dog to keep working in this situation. The cows are then placed in our lane way which goes all the way to the cattle yards which can be a 12 km walk.
Once in the lane way it is lovely stroll until the cows decide it is time to stop, I have found there are two places in the lane which this happens both are where there is a water point. It can be very hard to convince 400 cows to start walking again this is where the dogs come in very handy. The following photos are of Nell, Lucy, Lass and Rusty helping me get the cows moving again. 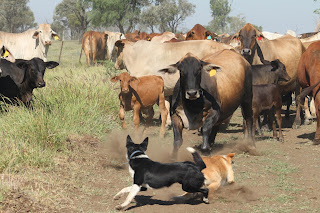 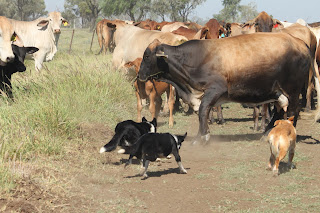 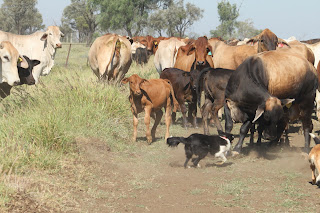 However she just needed reminding from Lucy 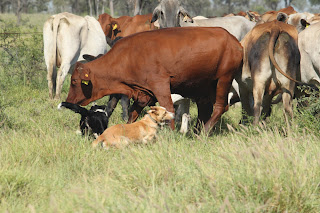 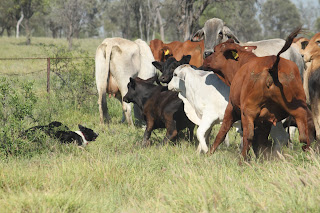 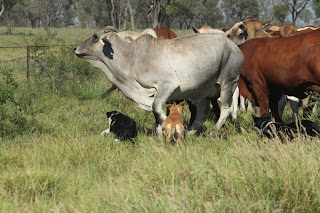 Lyster Lucy may be on the small side but that does not stop her, she has a big heart and will do anything to stop a cow. 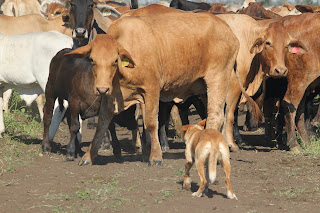 Stand off between a cow and Rusty 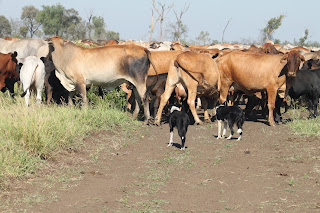 Nell and Lucy just keeping an eye on things. 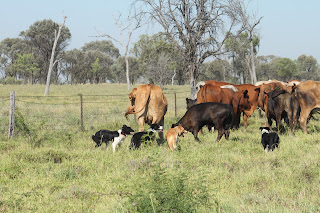 This is what I like to see when the cows stop the dogs stop.

Once the cows start walking nicely again it is time for the dogs to hope back on the bike for a well earned rest until the cows stop again. Walking the cows into the yards can take up to 5 hours in this time you have a lot of time to ponder on the happenings of the time or you sing silly songs to your self. While walking this mob in I got a funny kids song in my head but I changed a couple of words

The cows  go marching one by one;
The little one stops to suck his thumb,
And they all go marching down into the yards 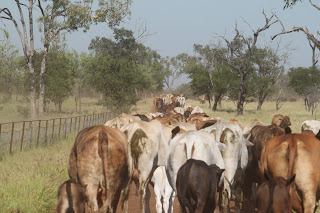 Once reaching the yards they are drafted cows in one yard and calves in the other, neither cow or calf like this idea at all. Once branded the next day the calves are put back with there mums and are then walked back to there paddock. 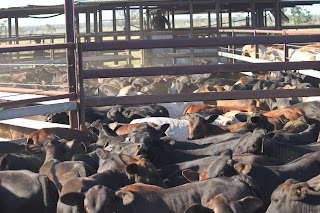 Looking back towards the drafting pen 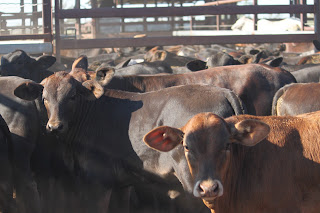 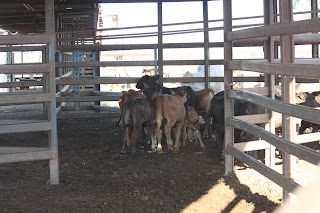 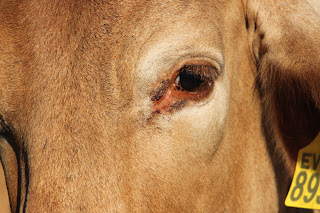 She has such a soft eye 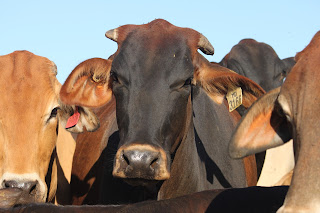 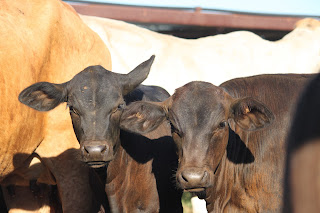 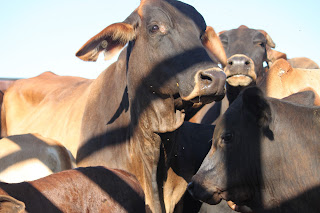 You Looking at me 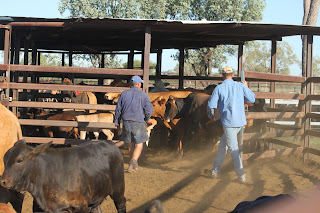 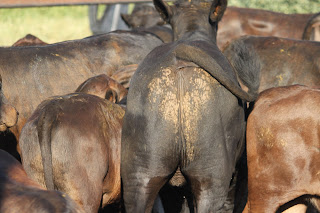 Well that's all folks hope you enjoyed it.

Posted by Bauers Working Border Collies at 23:18 No comments: