I never thought when I started my blog that I would to say goodbye to two old dogs so close together. This week was a hard one for Jamie and I, poor old Bill had a very rapid tumour growing in his top jaw and we had to make the hard call of putting him to sleep. Bill had just turned nine this month and has been in the family since he was six months old, he was the hardest working dog you could ever want he would give Jamie 110% all the time even if it wasn't needed at times. Bill could work everything sheep, goats, cattle, pigs and even week old chickens, he is dearly missed already. 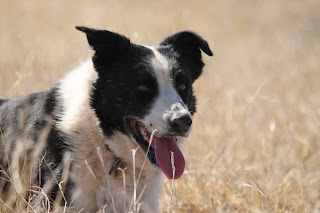 I have thinking of all the good times we had with Bill and a couple of moments have really stuck to me, as a much younger dog he would give our girls doggy back rides we would sit the girls on his back while one of us had a hold of him then the other would call him and off he would run with a giggling child on his back.﻿
There was one weekend he had been let into the house yard for a relax but he must of caught the sent of some goats in the river behind the house, he brought about 30 billy and nannies to the back fence of the house where he held them until we finally noticed him with his little prize.
Bill could do all stock work in the paddock mustering, catching fly blown sheep or lambs and even in the yards. When working in the sheep yards though he refused to back sheep he wanted to bulldoze under them which worked just as well as backing, we don't know why he would back he had never been hurt while on a sheep he just had it in his head he was a bulldozer.When working cattle there wasn't much he could not stop he loved his cattle work just as much as sheep. For many years he was Jamie's main mustering dog, they could go out together and muster a paddock with no other help. 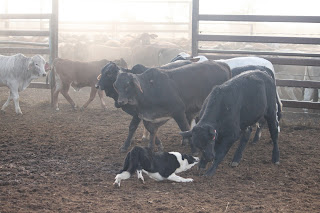 Bill also tried his hand at three sheep trialling, we ended up calling him 2nd ribbon Bill he could never get that first place. He took a lot handling around the course Jamie made it look very easy but believe me it wasn't!!!! Jamie kindly let me use him this year for the trials and yes we got a 2nd in the encourage at Longreach, even though he was eight yrs old and had slowed down a lot he was still a handful. But this is what made Bill he never gave up and you always knew he would there when things got tricky.

We semi retried Bill at the start of this year as we was getting very sore with arthritis and he went into full retirement after weaning, we are happy he had a few good months living in the house yard as our way of thanking him for all the hard work he did of us. 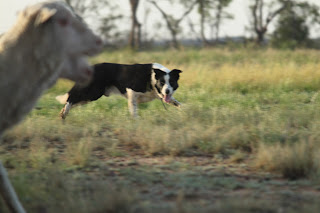 Thanks old man for all your work hope you had fun!!!!!

Posted by Bauers Working Border Collies at 18:24 No comments: 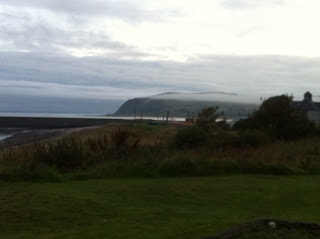 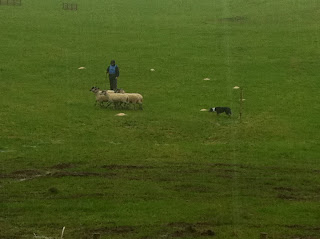 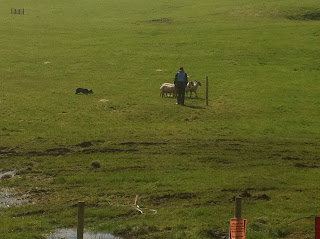 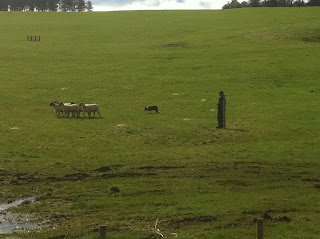 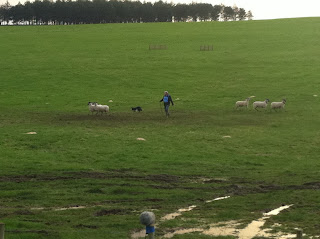 Posted by Bauers Working Border Collies at 18:21 No comments: